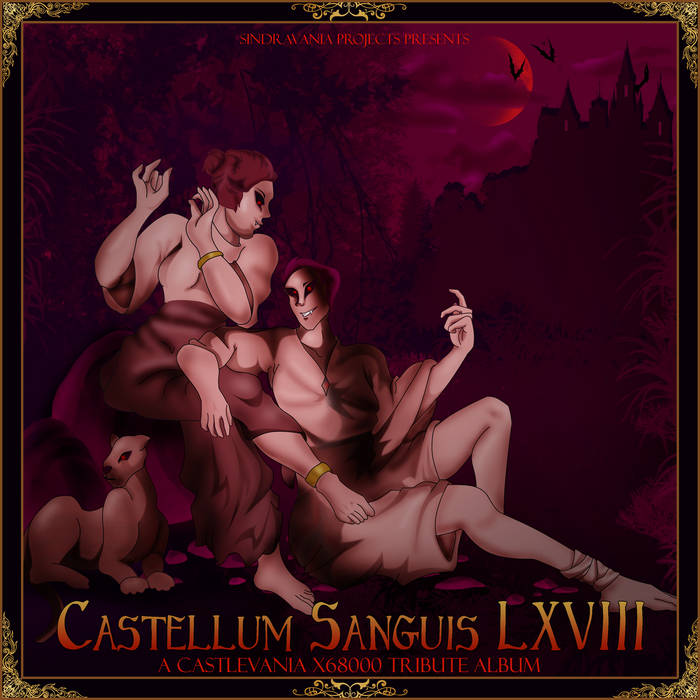 Welcome to Castellum Sanguis LXVIII; the tribute album project dedicated to the soundtrack of one of the more obscure Castlevania games, Castlevania X68000 (aka: Akumajou Dracula X68000).

The game was released on July 23, 1993 exclusively for the Sharp X68000. Though given the honorary title of Akumajou Dracula X68000, the game's actual title is the more simple Akumajou Dracula, which translates to Demon Castle Dracula. The unofficial subtitle was given not to associate it with the machine for which it was made but to differentiate it from the four other games that share the title Akumajou Dracula in Japan. The game ended up being re-released as Castlevania Chronicles for the Sony PlayStation in 2001.

As one of the least-known Castlevania soundtracks, I wanted to dedicate an entire arrangement album to pay homage to the music composed by Konami Kukeiha Club for the game's 25th anniversary. Thus, Castellum Sanguis LXVIII was born. Featuring a cadre of Castlevania-loving artists providing the arrangements of the game's original music, it is my sincere hope that this album will help gain the soundtrack of Castlevania X68000 the recognition it deserves.

Special thanks to Andreas Kotsamanidis (aka: Snappleman) for being my right-hand guy on this album and for his love of this game's OST that ended up ensnaring me as well. Also Erik Peabody for quality control and feedback.

Castlevania is © Konami. SindraVania Projects are in no way affiliated, associated, authorized, endorsed by, or in any way officially connected to Konami with respect to this album. Musical compositions are © 1993 Konami and are used with permission.

Bandcamp Daily  your guide to the world of Bandcamp